The Only Way I Know to Net Hope, is to Cast Faith

I stood on a chair in a raincoat with gloves cinched beneath elasticised cuffs and the hood pulled up and drawn beneath chin. I held a hiking boot in my hand just beneath a spider that looked too heavy to stay on the ceiling. Gravity would pull, and the spider would plop, and this would happen just before I whacked it in adrenaline rush. I had to sleep in the room, and that was not happening until I  smacked the spider right off the planet.

I'm so much braver now than I was then. Two little boys later who, more than once, folded their soft hands around plump spider bodies whose legs wriggled free from between their fingers and, "Look Mommy!" and, yeah, I'm braver now. The boys are grown, and two daughters who never once held a spider beneath my nose are also nearly grown; and I'm all grown up, too! Well, nearly.

A spider was waiting at the door just smack dead center of its woven walls. I would have walked straight into it, but moon beam shone on web beams and like that, a pillar of light directed my path in the night.

I stood in the moon beam and watched. I just watched. The spider built so silently. I've never taken the time to watch this master home builder. Homemaker silent and graceful. Sometimes she spun fast in free fall, and other times she hung patiently and waited for a night breeze to blow her to an anchoring. She's a trusting homemaker. She trusts in the free fall and trusts in the slow wait.

It was beautiful and dangerous and convicting to me.

Well, I wondered these things. I also wondered how to get past the spider because I had the kitchen trash to take out and the bag was getting heavy.

I waited till the spider was not dangling in the evening breeze, but securely back in her web. I swung the trash bag outward as far as my arm would reach just in case there was web I couldn't see. I slipped by, silent and quick and sideways like a trespasser afraid of getting caught. 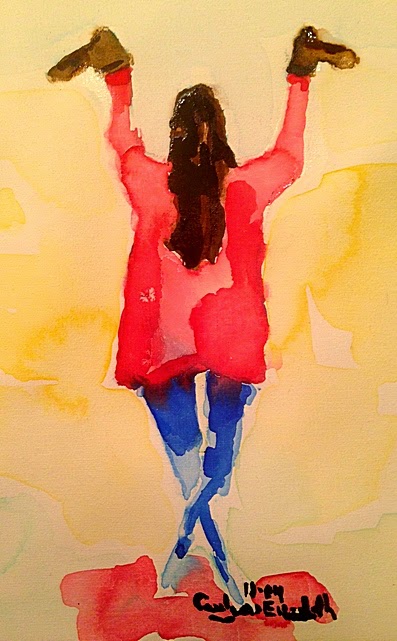 The neighbors are having their roof reshingled. I'm standing at the kitchen sink,watching the roofers rip up the old shingles and pound the new down. I watch with hands in hot suds, scouring last night's dinner from the skillet that soaked all night. I scrub while roofers rip, and we homemakers build loud. But last night's spider? Homemaker quietly productive and I'm sorry to say that I had to knock her home down after I scrubbed the skillet clean and while the roofers pounded. I had to. I did.

I had to because khaki-panted, polo-shirted daughter in choir uniform that truly isn't meant for girls to to be seen in, or for mothers to say things like, "You look cute," and sound sincere, had to get to the morning choir presentation at school. There was no time to sweet talk the spider, "Scootch on over a bit, please." The web went, and we went, and I wonder if I'll see the web again or if the spider relocates.

I go to sleep thinking about the kingdom of heaven. Maybe because there is a theme of homemaking lately and isn't heaven my home? It is. I'm just here right now, but heaven is my home. It's being built silently, patiently, gracefully, and doesn't scripture say that the kingdom of heaven so highly exalted is built for the children of God so lowly humbled?

I've been baited before. And bit. That's what spiders do. They cast out a line as bait, and then bite.

Life, too. Life baits, and bites; but that's okay. It really is, because somehow it's part of making a hope hunter out of me, and the only way I know to net hope is to cast faith.

I would have walked into the web and met spider face to face. But a moon beam cast light across the night and caught the web that would have netted me. "Well, thank You Lord!" He knows my spider story. "Remember?"

"I remember!" He wants to laugh; I just know He does.

"E-hem," I clear my throat. I didn't know as I stood in my raincoat that I was humbling myself. It felt more like an act of bravery for survival.

"Pride is cast down when cares are cast down." I get what He's saying.

I didn't know then that my spider story was a humorous beginning to my testimony of faith.  Didn't know what webs, what baited lines, what bites would hang at the door to my home. Didn't know that the spider extermination garb I donned then, would become something meaningful.

But it has. It has, because shouldn't we clothe ourselves for what we face and for what hangs over us? For battles, for victories, for mourning, and for joy? And shouldn't we know when to change what we put on? I'm not still wearing that ludicrous raincoat with a hiking boot over my hand. I'm not!

I'm certain I've worn ash gray much longer than I needed. Sometimes I don't know when it's time to change out of ashes, because sometimes I forget that there is another color to wear. I wonder how often my Father has set out the beautiful and the oil of joy for me to wear come morning.

How often have I waken, put on the drab, and walked right past the beautiful garment of praise and the oil of joy that He carefully set out for me the night before?

I've been wearing the beautiful and the joy for sometime now. I choose to put them on, and as a new pair of clothes fits better as it's worn, so do these garments. They felt stiff at first, but not anymore.

I remember, though, the spirit of heaviness and the ashes. I can't breathe at night sometimes, when dreams bait me because, yeah, I've been bit. Sometimes I wake and my teeth hurt and my arms hug the air out of me till my chest hurts as if I can squeeze cares out of me by sheer strength. I can't.

What I can do is cast cares.

I still have a memory, but I cast cares on the One who cast a moon beam at the door because He cares for me. 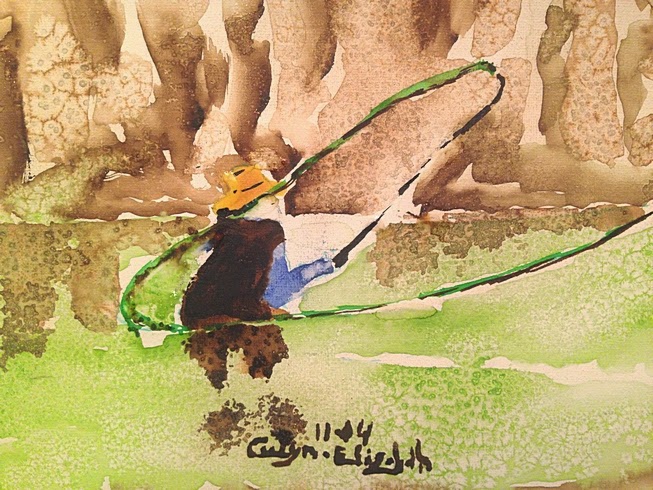 I ache for the mother, father, and younger brother who are bleeding from the venomous bite of an abductor. Where is their daughter and sister? I ache because I've felt the weight of another variety of abduction and ashes are  made heavier for the tears.

Will the morning come?

The Father will carefully set out the beautiful garment of praise and the oil of joy. It seems disrespectful to say it, now, but joy does come in the morning.

I think about the faithful who have gone before us. They were imprisoned, scourged, stoned and I won't be delicate here because scripture says it point blank, sawn in two.

And I think, too, of those who loved them.

How did the mothers, fathers, siblings, wives and husbands of these faithful clothe their souls? How did they clothe themselves, those who loved? Those who cared deeply for loved ones who were bitten by the enemy; and torn apart by ragged teeth? How did they who watched and stammered prayers raw and simple ever change their garments? I must know, because the answer has everything to do with the questions, "Who do I trust? What do I believe?" and "What do I base my hope on?"
I must know, because hope based on anything less than evidence is as impotent as wishing on a star for good luck.

How did the faithful do it? Did they practice casting? I'm sure they did. The cast is for all cares. All.

And somehow the cares themselves get me to the humble.

It's humbling to wake up and untangle myself from my sheets; and it hurts to be humbled. The pain that wrapped me up during the night is humbling when morning comes and I hear, "Humble yourself and cast all your care upon Me, for I care for you" (1 Peter 5:6-7).

"Cast all your cares on Me." He says it as I turn the wooden slatted blinds open. And there they are. Shadows cast down. Just cast down everywhere. Shadows cast like cares on the ground, on the fence, on the neighbor's roof top; because of light.

At high noon the light will be full and will erase shadows, because there are no shadows when the sun is right straight overhead. I'm going to watch it happen today. And at high noon I'm going to celebrate the absence of shadows because I'm casting them now and they will be swallowed whole by
the light.

"There is no shadow of turning with You, Lord." I'm grateful for this. Light still slants for me, because I'm still on this earth that spins while spiders spin.

But I am a child of light and my home is being built in heaven's light and His light is in me even now.

"I cast my cares, these cares, on You." And just by the saying of it, it's done.

"I've lifted them away," says the Light of the World.