I look up into the deep heights at night and remember the great cloud of witnesses surrounding me and cheering me on,"Run with endurance! Lay aside every weight, and the sin which so easily ensnares! Look unto Jesus, the author and finisher of our faith!"

"Aw-w-w," I simply breath out the breath that God breathes right into me. A breath can be worship. Just a breath. I wonder if sometimes the most beautiful song to Him is one with no words, no melody, but a long inhale as if the worshipper is trying to breathe into lungs the beauty of God; and then a long exhale because His beauty is too much to hold in one breath. Is some of the greatest worship the kind that happens one breath at a time, hour by hour, day by day, year by year till one day the breath just exhales long and the next breath is the one breathed in the presence of Christ, face to face?

I just breathe out the breath God breathes into me, and it is worship. It's worship just beyond the reach of words and just beneath the vast night sky where galaxies burn in brightest in wide-eyed wonder.

If the eyes are the windows to the soul, then this brown-eyed daughter of mine has a glowing soul. She stood on the stairs, an i-phone in hand and an eye-full of light because she found the stunning in a highly magnified photo that ignited worship within her soul before she knew it was worship.

I wasn't sure what I was looking at. A huge eye?

She showed me another, and another. "These are pictures of what the galaxies look like! Isn't it cool?"

"I know!" She says as we bump heads trying to look closer at the i-phone.

"You can see the pupil! And the little flecks of color in the iris! Look!"

She shows me another, and they all look like eyes, fitted in the sockets of the heavens.

And all I can think is, "For the eyes of the Lord are in every place, keeping watch on the evil and the good."  I open my Bible because I can't remember where God says this about His eyes. I find it in Proverbs 15:3. "Look! Read this!"

We bump heads over the Bible, now. And amaze. 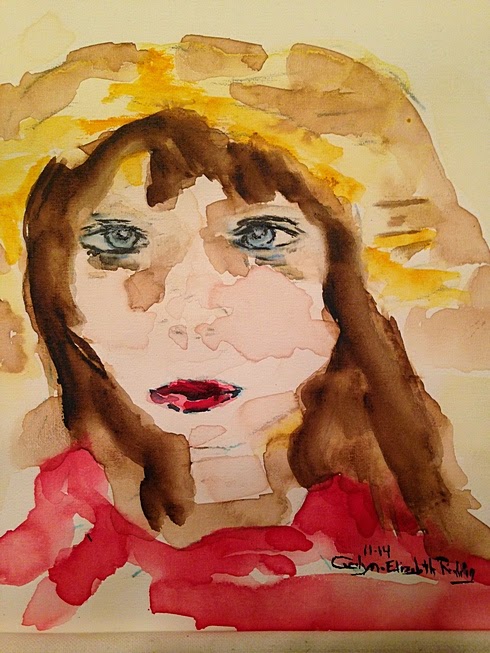 We are soul struck, deeply and in stillness and wonder. It's a Selah moment. A moment of awe that sets a glow in the eyes because the soul is on fire just looking and seeing wide-opened and burning with a worship too intense for anything less than Selah.

Selah. No one has really defined what the word means. It's a pause; a "Stop for a moment and think about what you've just read" word that follows certain passages in Scripture. It's a word that doesn't happen by intellectual assent, but by spiritual ascension because Spirit to spirit is eye to eye. But isn't that part of the reverence of holy pauses? Isn't part of the reverence found in the worship that burns and rises and blazes like holy light right from the soul through the eyes to the one worshipped, as a soul response that happens before the Selah command is given?

I stand on the patio before tucking into bed and look up deeply and widely and searchingly. "I'm still looking, God;" I whisper into the darkness, and feel His presence.

"My eyes  run to and fro throughout the whole earth." He replies in a voice as soft as star hum.

I see a beautiful smattering of stars and hear God tell me again of the saints who have gone before me; of that great cloud of witnesses He tells about in Hebrews 12 who cheer me on in my Christian walk, "Run with endurance! Lay aside every weight, and the sin which so easily ensnares! Look! Look unto Jesus, the author and finisher of our faith!"

"I'm looking, God. I'm looking." I can't see the galaxies, but maybe I'd fall over dead if I could.

I know I couldn't live to tell about the glory in God's eyes should He blink at me face to face while I'm in this body; and me thinks that though the galaxies are a mere image of the fire glory in God's eyes, it would be a glory beyond what this bit of me could see and live to tell about.  Maybe they are placed near enough to be magnified, photographed, and viewed on a screen, but far enough away to remain unseen by the naked eye because I would be slain by the glory.

"Truly, there is fire in Your eyes." I just stand looking up.

"My eyes are like a flame of fire. I hold seven stars in My right hand. My countenance is like the sun shining in its strength." He's speaking to me from somewhere in Revelations and the words are deep at this moment. 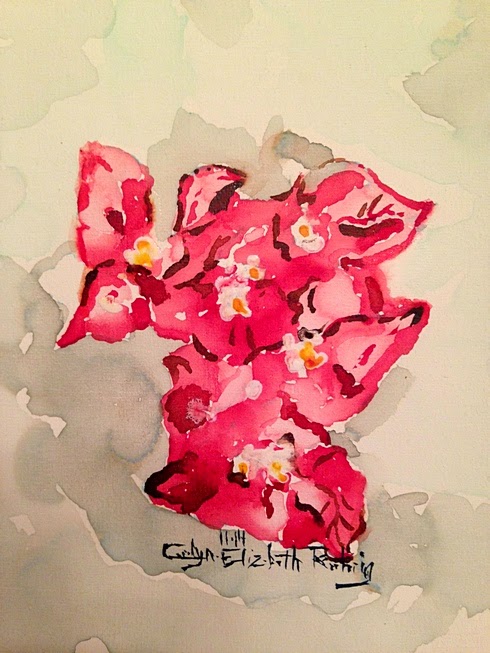 
"Seven stars. Seven!" Isn't earth's sun a star? It is. And if I remember correctly, its not one of the large stars. "Seven in one hand." I amaze under my breath. I can't hold a spark, not even a spark, without being burned. I can't look straight into the sun without being blinded. "Yeah, God, those galaxies would knock me down dead."

"Yeah," He laughs under His breath. It is delightful to Him, I'm certain, when we have ludicrous Selah moments and state the obvious to Him because we're in wonder afresh over His greatness.

I gaze at the one who spread the heavens with galaxies that look like the fire in His eyes.

I gaze at the one who gives faith so large that if I could see a complete picture of it, I would see a smear of stars called the Milky Way, or one galaxy magnified a greater number of times than I can count so that it may be seen on an i-phone screen as a single firey eye in two-hundred billion.

This is how I'm picturing faith.

It's enough faith for all the dark nights that ever have been, or ever will be, experienced world wide.

And isn't that enough to keep hope strong through it all?