If Hope Had a Color

If hope had a color, it would look like every color of light just exploding like the sound of a trumpet and the sun would be its mouthpiece shouting silent intangible spray of light that somehow impossibly hangs together in orderly formations, ray after ray. It would be the full spectrum of light broken open because doesn't hope have everything to do with the Light Himself bowing just split open beautiful over earth and encircling the very throne of God Himself? It must.

I'm watching leaves turn, and some are falling. Most are yellow with spots of blue-green and orange. Age spots. Summer is taking her make-up off. And beneath the chlorophyll green elixer of youth, is the naked. Inner beauty surfaces when summer days wind down cool, and the veins in leaves and my own, too,constrict. There is sweet sap water in leaf veins. Constrict the veins and that sweetness is the color of  honey and maple syrup and it changes the leaf from the inside out till beholders can nearly taste the change.

And may it be so with me. I want sweetness running in the veins of my soul, and all the more as they come closer to the surface because age thins the skin and sometimes my soul feels thinner for the years. May hope change me from the inside out till I'm just oh, so free to show naked face wrinkled a little or a lot and a watching world may marvel like tourists during fall in Vermont in the same way they marvel when a life is turned around and ashes are traded for beauty, a heavy spirit traded for joy and when emptiness becomes fullness. Who cares about wrinkles and thinning skin if there's inner sweetness because God's presence fills fuller and sweeter as years go by?

Well, honestly, I'm not about to wash the make-up off and yeah, I'm not going to wash my face with hand soap, but truly whatever fills my soul is what will color the expression of my face and the complexion of my life. It's the way true hope is. It's not skin deep, not fleeting, not deceptively charming but runs in soul vein and changes the tone of life. 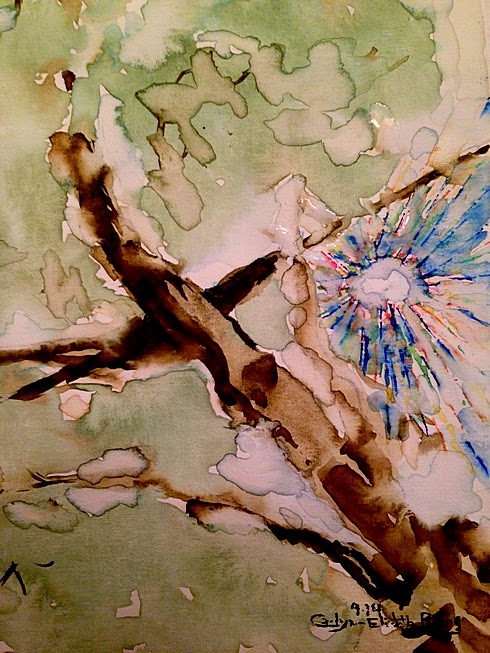 I'm curious about autumn tumble beginning kind of shy in my backyard. It's aging and brittle and crinkley. The leaves, the air, the sunlight. Crinkley and leaning, gentle and transluscent.

Autumn is vulnerable. Change makes for vulnerability. I'm feeling it now this season. A little shy in the beginning of a new thing. Vulnerable.

Yet autumn is also the meatiest. Summer harvest was plentiful fruit peaches, tomatoes, watermelon in Kroger bins. But autumn is pecan meat. Hard shells the colors of dirt. And some of them get buried in the dirt. Squirrels claim pecans in mouths and claw dirt wide open and deep enough to bury some for later. I know some just rot there, forgotten. Others will sprout, also forgotten. But squirrels will remember some they burried and will dig them up. The shell will be softer; easier to crack open, and squirrel will have nut-meat.

Autumn is watchful, too. It ticks off time. I hear it when woodpecker taps the hard wood, and see it when the squirrels scramble all watchful, patrolling staked claims. Tree territories. And I've watched the fights they have over this limb and that section of trunk. Watched the attack, the rumpus and gasped as they tumble mid-air tangle and aggression till they thump like nuts wild and all adrenaline to dry ground hard and cracked. The fighters separate, stunned, and I can't tell who won, but they know. Because it's over and both stand at ready for other competitors.

And the other nuts, the real ones? They fall, too. And thump. This is another watch entirely. Because these fall and some sink below ground. Those unnoticed are not buried and stored for later. They just land where they land hard tock and gradually sink into the ground and they won't nourish squirrel, but  worm. It's just the way of it. It seems morose, but it's really not. In a way beyond the natural, it's redemptive, this becoming as compost and where worm goes. It's supernatural redemption. I know it is, and would read about it this morning. And really hear it. Spirit to spirit, Psalm twenty-two on thin worn page. I would read it and the obvious jumps up and waves arms in holler, "This isn't what David is saying about himself; it's what Jesus is saying about Himself!"

Yes, I would read it again. And again. Because the unthinkable sinks in. "I am worm." He says it.

Really? I read it again, "I am worm." And He takes place in my soul like that; and He turns it over. The tiller is uncomfortable, but my soul is richer for it.

It's Psalm twenty-two, verse six and I think to myself, "I've never seen this passage in it's true color. Never noticed that this is Jesus, not David. And worms eat dirt." I recoil inwardly at the realization. 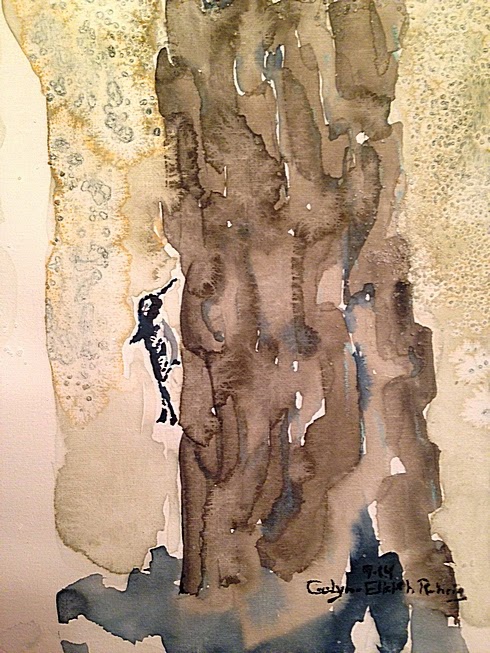 But here it is. Humility beyond anything I've ever pictured in my sterile, "Just give me the cut version and respectable clips" imagination regarding Jesus, even though I know there was unthinkable violence and beating and crucifixion. But that's it. It's been categorized in the "unthinkable." But worm?

Worm. I can think about worm; and I know what that looks like. I've never seen a beaten person in my life. But, He says of Himself, "I am worm," and I've seen plenty worms. Dug my fingers through the soft rich soil they make and I've planted there, and it strips my breath just this, "Worms eat dirt," mid-exhale while He fingers soul soil He's just turned.

But,"The lowest of the low? Jesus? Like this?" I bend over and pick up a pecan that fell last autumn and was forgotten. It's  right where it fell then, but dark now, and stained and empty. I hold it and I get it. I do. I know what it feels like to be empty and to feel stained. Forsaken by those I've loved. It's not odd or pitiful. It's part of living and redemption.

I know this, too, because I've been picked up off the ground by God's hand and held there like I'm now holding this bit of hollow shell.

And yet, when I've felt the low, haven't I asked God, "Why are You so far from me?" And, who hasn't heard others say in response, "He's not moved far; you've moved far. He's not silent; you're just not hearing Him"?

Fact is, God is silent sometimes. And sometimes He's silent when we are falling, sinking, swallowed whole and forgotten. Wasn't He silent when Christ hung on the cross? He was. It's hard.  He forsook Jesus at this hour. Answered not a word when Jesus called out, "My God, My God, why have Your forsaken Me?" And He meant it.

I can't make excuses for God's astounding behavior any more than autumn would apologize for the changing colors and falling leaves.

May I just know Him for it and feel the uncomfortable, uncontrollable wildness of His unaccountable ways?

Just know Him for the strange humility that requires worm?

For the upside-down redemption that requires falling?

May I just know Him for soul veins full of sweetness?

And then may I end up praising Him wildly till praise explodes straight out like the sound of a trumpet and full color from the inside, out? Yeah. Definately.