Manna Mamma of the Wilderness

I'm looking for the joy full and the glory full. I can't describe it, but  I know it's not what met me at the back door this morning. I kicked a snail from her home with the bottom of my bare heel. Crunch. Eviction. And she became homeless just like that.

I bent over to apologize and and found her nose to nose with the front end of a geko whose back half was caught between the door and the floorboard. I made my ammends to snail and gingerly took geko hand so tiny between my thumb and index finger. It dangled dead and where does one dispose of a dead geko? The garbage can is heartless. Well, what about where the zucchini used to live? Yes. Perfect. Geko and I pass the kale and, no, I don't find glory there either. A rabbit stripped it down bare sometime in the night.

"Remind me here, Lord. What did we just read this morning?" I stare at kale remains, the geko swings dead from my fingers, and I've just increased the homeless population.

"I have turned your mourning into dancing, and put off your sackcloth and clothed you with gladness, to the end that your glory may sing praise to Me and not be silent." He reminds me and the humor takes me. I try not to laugh. It seems irreverent at a time like this. But, "O Lord my-y Go-o-o-d," escapes my lips all laughter, "I will give thanks to You forever." I remember now what we read. It was Psalm Thirty.

The sun set in explosive fire last night. Cows yawn this morning, birds laugh, hawk circles, and Yellow Dog grins. Just grins everytime she opens her mouth. And once I step away from the back door and wash geko from my hands, it seems everything is dancing and praising.

I'm looking for what, earlier this morning, the Lord said is so. I'm looking for it on purpose. Looking for the sway, and the praise. And the hawk keeps circling, and leaves tango to their own music, and car motors slide modern with the radio on. It's street dancing, and I 'm waiting for a daughter who hops on one foot to keep balance while putting a sock on the other foot. It's all there. Here. I'm finding it everywhere. And surely there are many dances I don't see, praise I don't hear, yet. But I will.

I'm looking for joy and glory. Because I'm outgrowing the shell I've been living in and I invite joy to evict me from the curled up position. I want to stretch out on the back porch of glory, skipping the geko part. It feels a little daring to me to want this. I've just been curled up tight inside for so long.

Do I dare uncurl? Expose my belly soft? Do I dare open myself? Open my eyes sensitive and my soul kind of afraid? Is mourning over? Is it?

I believe it is. I've believed that before, at least enough to uncurl a little. But it was premature. And I knew it. I did. I just wanted it to be over so badly that I ignored the evidence that said, "It's not over, yet." 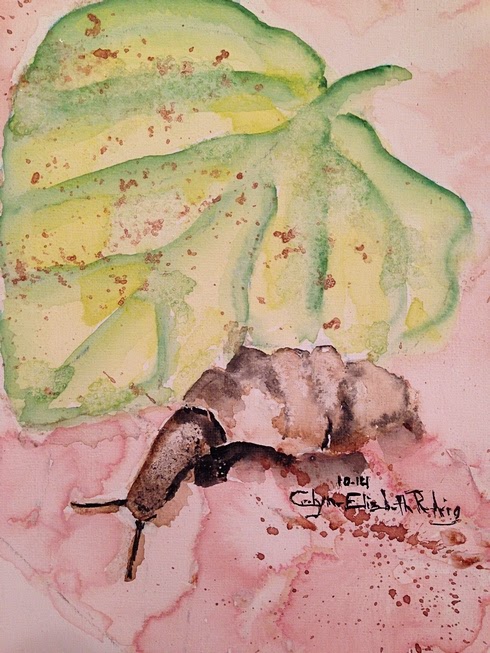 But now? Consistent evidence is uncurling me. Faith-substance of things I hope for is stretching me. I'm yearning for the dancing. Reaching for the gladness. Extending my fingers palm up to hold the songs, and my vocal cords to sing them.

I'm listening for glory praise and if sunsets sing it, then surely I heard it last night. And why should the sun which is a "what" without a mouth, not a "who" with a mouth, sing out glory and set down with joy when I'm a "who" with a perfectly good mouth but am not using it to sing out glory and joy because I've set down silent? Why? Because I've set down like that and forgotten that even when life is overcast, I'm still a light in it. If only because God says so. It has nothing to do with what life looks like to me or whether things are sunny bright or not. It has everything to with Who life is and what He says about my place in it. In Him.

"I'm going to set out, and set down, singing, Lord. And not just in my closet." Yeah. I admit it. I sing in the closet. "And I'm going to dance, Lord. I'm going to dance-walk from room to room to the music that my German with Jewish blood in him loves to play." It's courageous declaration, and I hope I'm not biting off more than I can chew. "Help me to respond to what we read this morning." I tag this on to the end, because I can't do it without His help. We're in this together.

I'm setting out to sing glory in the kitchen loud enough to be heard over the stove fan that clicks on because the onions are carmelizing into smoke that the vent can taste. I wave wooden spatula, sing some more, and add kale which pops kind of dangerously in the heat. I'm still singing while  measuring broth that pours sizzle into a burst of steam. I think I've just created my own weather pattern over my stove top. Spatula scrapes wood on cast iron and I'm still singing 'cause I'm daring it. I don't look to see who is within earshot, I hope the praising vegetables cover me, but I also hope not. Because I want to sing praise glory unapologetically even if it brings a cry from my fans.

But it doesn't. That's the thing. They don't object. Or judge. Or turn on the "real" music. No. They just do their homework, or whatever they were doing before this glory happened in the kitchen. And, sometimes they sing along. They do! And that's when my heart gives thanks, "Forever, God! Forever! I want this forever, just to sing with glory, to dance with joy, to give You thanks like this because I'm uncurling somewhere in-between because there's substance to it! I feel it!"

Praise God! Joy and glory are substantial. Real. Sturdy as cast iron and they can take the heat like cast iron. too. Because they are the fire in the sunset, the popping kale, the sizzling broth, the color of carmelized onion, and the cloud of steam that somehow draw me up to believe. Draw me up from snails and gekos before breakfast to "Yes, Lord! Gladly I will let joy evict me from shell" song by dinner time.

If anything in this kitchen gets passed down to my children, it'll be the cast iron. And faith that responds to what Jesus says is. They'll eat from it. They'll eat bread like the flat bread I fry on cast iron, and sometimes they'll look at what's in the pan and ask, "Manna?", because "manna" means "what is it." It won't be the first time they ask it. They're  probably asking it right now as they watch the cloud that's formed over the stove, hear the fan try to swallow it whole, and mamma singing in her apron that's embroidered, "Home is Where Your Mom Is." Yeah, the kids are asking, or maybe exclaiming concern, "Manna in the kitchen!" Thing is, our life story was written in the wilderness where Israelites reguarly watched a cloud form mysteriously in the day time and a fire swallow it in the night time over a desert hot enough to fry eggs on. This is the first place where the word, manna, is mentioned.

I'd be asking "Manna?" about more than bread that is wafer thin and just materilizes on the ground and tastes like honey. I'd be saying, "Manna?" when bitter water was made sweet when a branch was tossed into it; and exclaiming "Manna!" when water gushed right out of a wounded rock; and I'd be known as the "Manna Mamma of the Wilderness."

I add meat to the pan. My story has been written. It's been passed down from the Israelites to me. To my husband. To my children.

And I know what the story is about. I do.

I read about it.